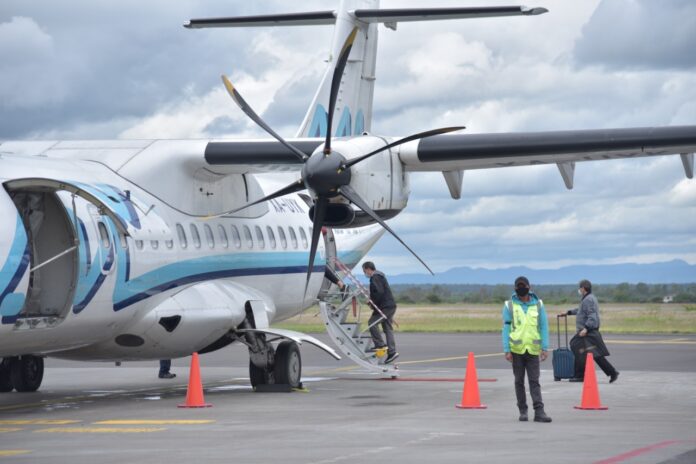 The airline Aeromar launched the Mexico City-Aguascalientes route, which will have 14 weekly frequencies and a single flight launch rate of $1,799 pesos, which includes the Airport Use Fee (TUA), hand luggage of up to 10 kilos, and complimentary drinks.

The flight will last approximately 85 minutes. Tickets are on sale through the Aeromar website, app, globalizers, and travel agencies.

Passengers on the journey will be able to enjoy the comfort of the ATR 600 series aircraft, considered one of the most modern fleets in the country, which are distinguished by being friendly to the environment by optimizing fuel use.

Through this new route, the Ministry of Tourism affirmed that businessmen, merchants, congressmen, and tourists, as well as the population in general, will have one more alternative to travel between these cities, which contributes to the strengthening of the tourist activity of the state of Aguascalientes.

The head of the agency, José Ángel González Serna, said that aviation contributes greatly to the diversification of tourism, and in Aguascalientes synergy has been achieved with the airlines that have been key players in the recovery of this sector.