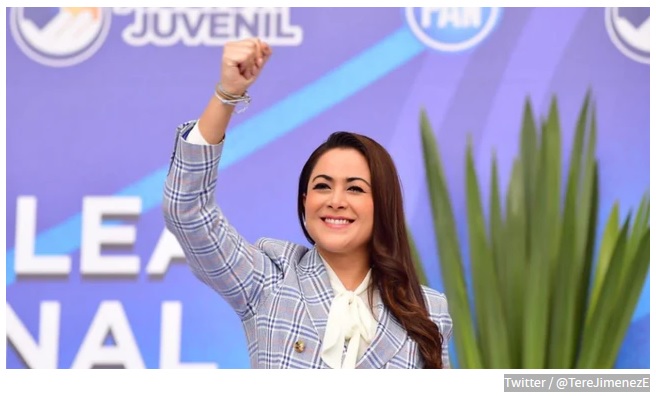 María Teresa Jiménez Esquivel, of the PAN-PRI-PRD coalition, will be the new governor of Aguascalientes according to the latest update of the state’s 2022 Preliminary Electoral Results Program, which reached 100% of the tally sheets computed early on Monday, June 6th.

The candidate María Teresa Jiménez obtained 249,464 votes, that is, 53.76% of the votes. Given this, the PREP of Aguascalientes definitively confirms that the former official is now the elected governor of the state.

The Morenista Nora Ruvalcaba came in second place during these 2022 Elections in Mexico. However, her party warned, knowing that the results did not favor them, they would challenge, since several crimes and abuses were committed in the entity in electoral matters.

Anayeli Muñoz Moreno, from Movimiento Ciudadano, managed to obtain 32 thousand 270 votes, that is 6.9% of the preferences. She was followed by Martha Cecilia Márquez Alvarado and Natzielly Teresita Rodríguez with 7,280 (1.5%) and 6,446 (1.38%), respectively.