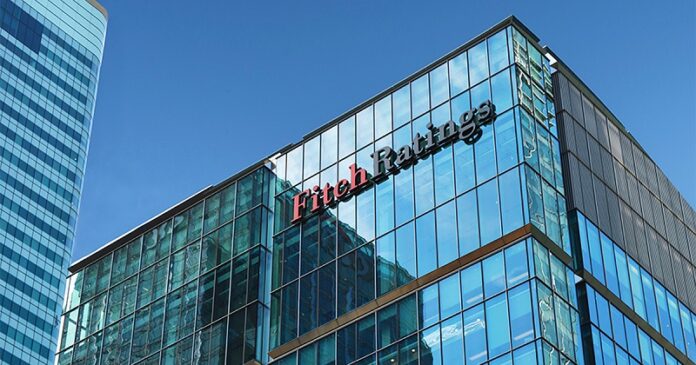 Fitch Ratings – Monterrey – 06 May 2022: Fitch Ratings has affirmed the Mexican state of Aguascalientes’ Long-Term Local-Currency Issuer Default Rating (LT LC IDR) at ‘BBB-‘ and National Long-Term Rating (NLTR) at ‘AAA(mex)’, both with a Stable Rating Outlook. The state’s Standalone Credit Profile (SCP) is ‘a’; however, the LC IDR is capped by Mexico’s sovereign rating of ‘BBB-‘/Stable, reflecting Fitch’s view that a subnational in Mexico cannot be rated above the sovereign.

The rating affirmations reflect Fitch’s expectations that Aguascalientes’ payback ratio will remain well below 5.0x and that debt service coverage ratios, actual and synthetic, will be 2.4x and 7.6x in 2026, which reflects the state’s good liquidity position and financial indicators.

Fitch has assessed Aguascalientes’ risk profile at ‘Low Midrange’, reflecting a favorable mix of Midrange and one Weaker attribute on the six key risk factors. The assessment reflects a moderate risk relative to international peers that the issuer’s ability to cover debt service by the operating balance may weaken unexpectedly over the forecast horizon either because of lower-than-expected revenue or expenditure above expectations, or an unanticipated rise in liabilities or debt-service requirements.

Operating revenue is linked to the transfer performance stemming from a sovereign counterparty rated at ‘BBB-‘. Fitch believes that the transfer’s framework and evolution are stable and predictable, these revenues are allocated for opex (mainly education and health) and capex. The State presents a favorable performance of operating revenue (1.1% five-year CAGR) to national real GDP (five-year average of negative 0.5%).

Aguascalientes’ financial autonomy is limited as the tax and fees combined revenue contribution is 11.1% of operating revenues, signaling a substantial reliance on national transfers, which is a structural feature for most states in Mexico because of fiscal decentralization. Compared with international standards, flexibility and affordability to raise local revenues are viewed as limited, with GDP per capita (USD9,913) in a low global position, but above the national level (USD8,457).

The main tax is the payroll tax, which represents 90.4% of taxes and 6.9% of operating revenue. In 2019, was approved an increase in the payroll tax rate to 2.5% from 2.0%, albeit only applicable in 2020 and 2021 (it returns to the 2.0% rate in 2022). This measure partially buffered the economic impact of the pandemic regarding local tax collection, with a growth of 13.5% in 2021. Some of the State administration´s strategies to increase local revenues included the past-due portfolio recovery of local liens, the implementation of the Program to Update Tax Payers Registry and collaboration agreements with municipalities for tax and municipal rights collection.

In 2016, Aguascalientes created a stabilization fund to cover unexpected expenses. From 2016 to April 2022, the state provisioned a total of MXN4.8 billion and during 2020-2022 migrated around MXN2.3 billion from the special purpose vehicle toward a new capex fund.

Considering the moderate capex level and infrastructure needs, Fitch views Aguascalientes’ expenditure adjustability as midrange. During 2017-2021, capex averaged 12.6% of total expenditures, most of it done with own resources. In 2021, capex registered a level of 11.5%. The state’s cost-control policies and stabilization provision funds allowed the entity to maintain public investment at an adequate level.

Capex has been focused on road and highway connectivity, education, health, water and touristic infrastructure. The state’s adequate healthcare infrastructure allowed it to have some control over the coronavirus health expenditure pressures. Regarding future projects, the state has budgetary authorization to engage in several PPP projects for its judicial system infrastructure and energy efficiency consumption, the projects do not present advances and the authorization matures at the end of this year.

Fitch views the national framework for debt and liquidity management as moderate. The federal financial discipline law in force (since 2016) has a recent track record. Aguascalientes has a prudent debt policy and a low level of debt, which is denominated in local currency (Mexican pesos). The entity’s contingent liabilities are very low, the state does not present off-balance sheet debt nor indirect debt. The pension system (ISSSPEA), which has a defined contribution scheme, has long-term sufficiency according to the last actuarial valuation available

At YE21, Aguascalientes’ adjusted debt totaled MXN3,650 million and was composed of two bank loans (MXN2,616 million) and two zero-coupon bonds. The two bank loans have an amortizing profile and a variable interest rate and were acquired with commercial banks. The two zero-coupon bonds were acquired with the National Development Bank (Banobras) and the state covers exclusively the payment of fixed-rate interest, while the repayment of capital will be made through one single payment (bullet) on the maturity date through the redemption of the zero-coupon bonds issued by the federal government.

Click here to read the complete original article on FitchRatings.com