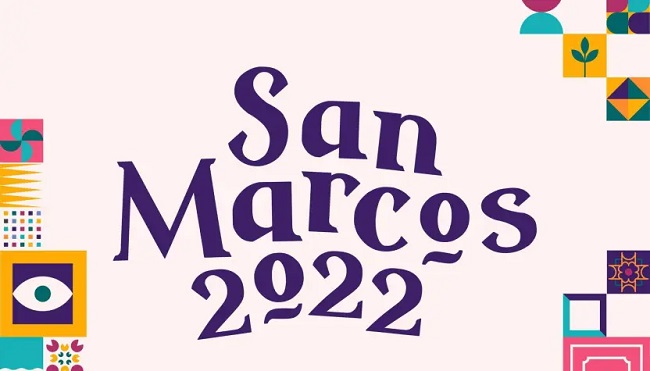 The National Fair of San Marcos (also known as “La Feria de México”) is an annual event, which takes place between the months of April and May in the city of Aguascalientes in the state of Aguascalientes (Central Mexico). It is one of the most important and one of the oldest festivals in the country.

Most of the events related to the fair, however, occur in the city of Aguascalientes, the state capital. The exact date of the fair varies every year but is set around April 25, the Feast Day of San Marcos.

Initially, the fair was tied to the Vendimia (harvesting of grapes) since wine production used to be an important activity in Aguascalientes. Nowadays, it is an important tourist attraction that is heavily associated with bullfighting and cockfighting.

It is estimated that seven million people visit the fair every year and as a consequence hotels are usually filled to capacity, however, some locals rent out their houses to visitors and go on vacation during this time.

The San Marcos National Fair is organized by an independent foundation that oversees the governance of what happens at the fair but is supported by the state and city governments of Aguascalientes.

The fair is host to a large range of activities, of which bullfighting and cockfighting are the most popular. Usually, a concert is given by a prominent Mexican singer after a series of cockfights; this event tends to draw more attention than the fights themselves.

Located in the main fair venue are an assortment of sponsored stands and mechanical games, as well as stages where various concerts and theater plays are performed. The livestock fair and the charreadas still remain an important part of the celebration. Parties, where traditional Mexican music is played (Tamboras), are also celebrated on the streets of Aguascalientes. Finally, a casino is licensed in downtown Aguascalientes just for the occasion.

Concerts, art exhibits, and other cultural events complement the fair in many locations around the state. The award ceremony of the National Award for Youth Art occurs in Aguascalientes during this time as well.

The San Marcos Fair 2022 will feature the presence of great artists in its forum of the stars village theater and its fair palenque.