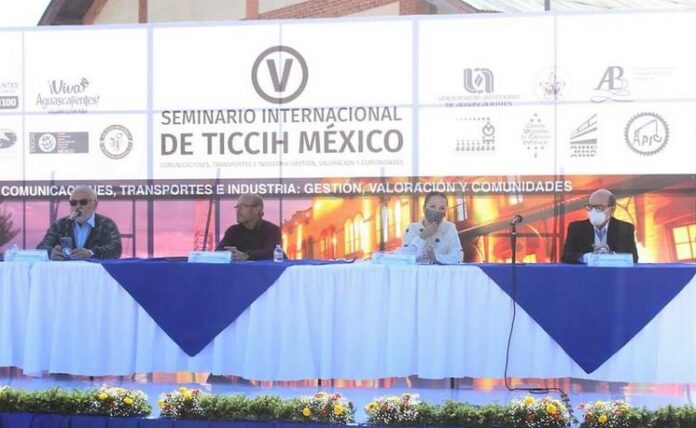 National and international experts will analyze the routes and means of transport as a primary factor of civilization.

Since its creation in 2006, the International Committee for the Conservation of Industrial Heritage, Mexico Section, TICCIH Mexico, has given continuity to the academic events -regional, national and international- that many of its members initiated in 1995 with the First Latin American Colloquium on Industrial Heritage, in Cholula, Puebla.

One of the objectives is to promote knowledge of the heritage inherited from industrial activity and to disseminate the experiences of its recovery and safeguarding in the world, primarily in Mexico and Latin America, with the idea of contributing to the awareness of its importance, valorization, and reuse to contribute to the identity and economy of the sites and regions where this industrial activity took place.

The work undertaken 26 years ago, as an organized group, has had an impact on the perception that society and the authorities have of this heritage; some of them are beginning to consider the need to promote public policies to safeguard it. Industrial sites are increasingly valued and are beginning to form part of the identity of the communities. Thus, the work for the conservation, reuse, and dissemination of this type of heritage has increased significantly.

We have witnessed the creation of charters and postulates, such as the Charter of Nizhny Tagil, adopted by ICOMOS in 2004, and the Dublin Principles, signed by ICOMOS and TICCIH in 2011, where concepts that have been fundamental to adopt the criteria for the rescue of industrial heritage in many countries are subscribed, such as the concepts of the universal, social, technological and scientific value of industrial heritage.

From 1995 to date Mexico has seen remarkable progress in the rescue of its industrial sites, perhaps the most important is, as we have pointed out above, in the sense of awareness that Industry also generates a heritage. We are clear that we cannot limit the efforts and results of our actions to the American geography, since the origins of this heritage lead us to Europe as a natural part of colonization; and to Asia, because of the trade routes that were opened, causing a very rich exchange not only of consumer goods but also of ideas and technology.

The examples of rescue and conservation of industrial heritage, its treatment, and perception in Europe and Asia are references and points of study and comparison with the work done in America. That is why TICCIH Mexico summons interested people, scholars, and specialists from all over the world through its thematic international seminars.

This V International Seminar was preceded by the following:  2007 Mining Industry Heritage, new alternatives for a great history; in Real del Monte, Hidalgo.  2010 Industrial Heritage and the Sea.

In accordance with the objectives of TICCIH Mexico to contribute to the knowledge and dissemination of industrial heritage and the works that pro of it; the works are judged and a book is edited and distributed free of charge among institutions, teaching and research centers, specialized libraries and members of TICCIH. In 2022, we will meet at the Complejo Ferrocarrilero Tres Centurias, in the former facilities of the Talleres del Ferrocarril, an example of reuse of the railway industrial heritage.

This year the theme will be Communications, Transportation and Industry: management, valuation, and communities. For four days we will have the opportunity to showcase the richness of Mexican industrial heritage, share experiences with colleagues from participating states and countries; while learning about, supporting, and promoting the enhancement and conservation of the rich and varied industrial heritage of the state of Aguascalientes. Welcome TICCIH Mexico, Aguascalientes 2022″