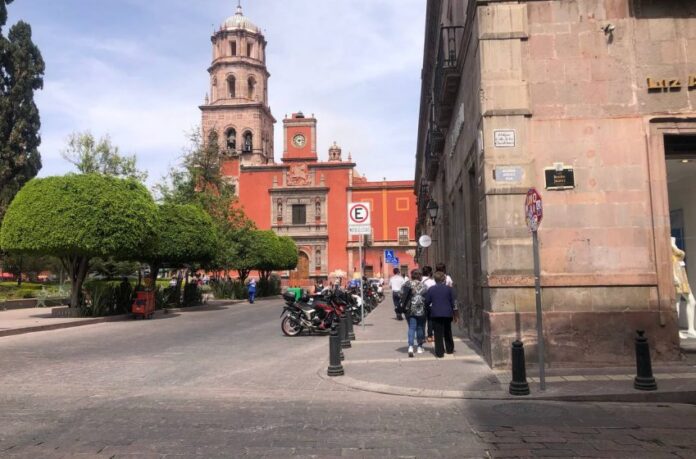 The other states in this category are Nuevo León, Aguascalientes, Mexico City and Yucatán.

Querétaro was positioned as one of the five entities in the country with the best performance in its Social Progress Index (IPS) 2015-2020, along with Nuevo León, Aguascalientes, Mexico City, and Yucatán, reported “ Mexico, how are we doing? “, Together with the” Social Progress Imperative ” initiative.

He explained that in 2015, the entity of Querétaro, ranked third in the ranking of the Social Progress Index with a score of 68.5; however, for 2020, the state registered an index of 70.5 points, a figure that placed it in second place in the ranking, only below Nuevo León, which obtained 72.5 points.

“Between 2019 and 2020, 21 entities suffered decreases in their IPS. The entities that presented an improvement in their score (except Colima, Durango and Querétaro) did so by less than one point. “, He indicated.

Regarding the category of ” Basic Human Needs “, in 2020 Querétaro ranked number 5 in the national ranking, with a score of 77.6; however, this represented a decrease of 4.1 points compared to 2015, where it had 81.7 points.

This category provides an overview of the quality and availability of services and conditions necessary to provide an adequate standard of living for the population of each state. The components that make up this category are Nutrition and Basic Medical Care, Water and Sanitation, Housing and Personal Safety.

“ In 2020, the states with the best scores in this dimension are Nuevo León, Yucatán, Durango, Aguascalientes and Querétaro. On the other hand, the states with the worst performance in this dimension are Tabasco, Morelos, Zacatecas, Chiapas, Oaxaca, and Guerrero. “, Said the report of” Mexico, how are we doing? “, And” Social Progress Imperative “

In the dimension of Foundations of Well-being, which assesses the quality of education and information available in each state, as well as environmental and relevant components for the health of its inhabitants, Querétaro was again placed within the first five positions.

With 69.9 points in this dimension, Querétaro ranked third in the national ranking, below Mexico City and Baja California Sur, who ranked first and second, respectively.

Regarding the dimension of Opportunities in 2020, the entity obtained the least favorable rating, with a score of 64 points, which placed it in position number 10 at the national level.

However, compared to the results of 2015, Querétaro improved its rating with 9.6 points, since five years ago the entity obtained 54.4 points.

The Opportunities category evaluates the possibilities and tools that the inhabitants of each state can access to achieve greater personal and professional development. Its components are: Personal Rights, Personal Freedom and Choice, Inclusion and Access to Higher Education.