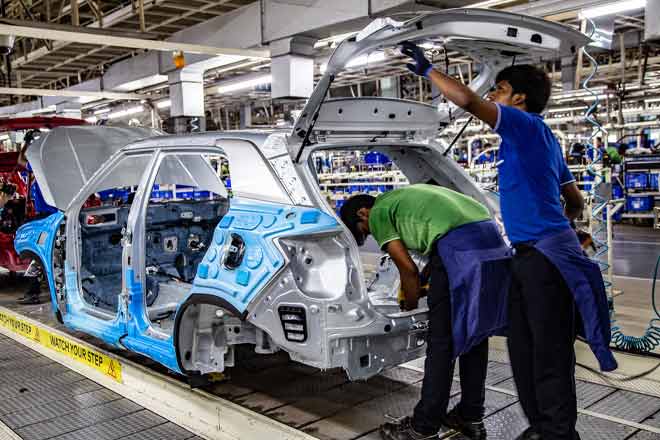 The pain is acute in the central Mexican state of Aguascalientes and its namesake capital, one of the country’s top automotive centers, where the chip crunch has forced rolling shutdowns at employers large and small.

The temporary closures have translated into lost wages for tens of thousands of workers here and across Mexico due to furloughs and layoffs, according to interviews with laborers, union leaders and industry executives.

Cuitlahuac Perez is the general director of Aguascalientes-based auto parts firm Maindsteel, and head of one of the state’s automotive clusters, which promotes the industry. He said his firm and other Aguascalientes suppliers have been suspending operations an average of seven to eight days per month as carmakers and other parts companies further up the supply chain halt production.

Perez estimates that about one in five local automotive workers have lost their jobs, with the rest seeing big pay cuts since the chip shortages began about seven or eight months ago. By contract, many idled workers here receive half their salaries.

“We are talking about a direct impact on their families,” Perez said.

Semiconductors are an indispensable component for the world’s automakers, who need them for a wide variety of systems such as safety, navigation and entertainment. COVID-19 outbreaks in Asian semiconductor manufacturing hubs have slowed chip production. The fallout has rippled across the globe, with automakers unable to keep production on pace with vehicle demand.

In Mexico, multinationals affected include Nissan Motor Co. Ltd, the country’s second-largest vehicle producer. The Japanese firm operates a powertrain facility and an assembly plant in Aguascalientes producing its March, Versa, Kicks and Sentra vehicles. The company has seen at least five shutdowns at its Mexican facilities this year due to chip issues, Reuters has reported.