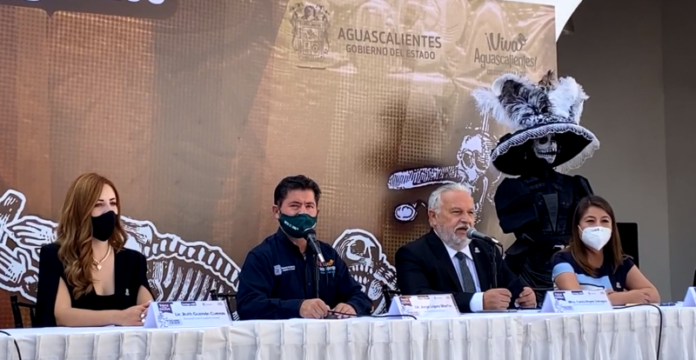 On this occasion, and after it did not take place last year, the Cultural Festival of Skulls will be held in the main streets of the historic center of Aguascalientes, from October 29 to November 2.

This morning, the Secretary of Tourism of the State, Jorge López Martín, and the general director of the Cultural Institute of Aguascalientes, Carlos Reyes Sahagún, confirmed that this year there will be a Cultural Festival of Calaveras, which will take place from October 29 to November 2nd.

However, they indicated that on this occasion the festival will change its venue since it has been determined to take place in the main streets of the historic center of the city and not on San Marcos Island, as had been happening since in that area They are working on the organization and next realization of the National Charro Championship.

In this sense, López Martín pointed out that 80 percent of the activities will be free and there will be from 9 in the morning every day of the festival, emphasizing that an economic spill of more than 45 million pesos is expected. .

The traditional Skull Parade will take place on November 2 and will be characterized by “brushstrokes of innovation” combined with tradition, it was announced.