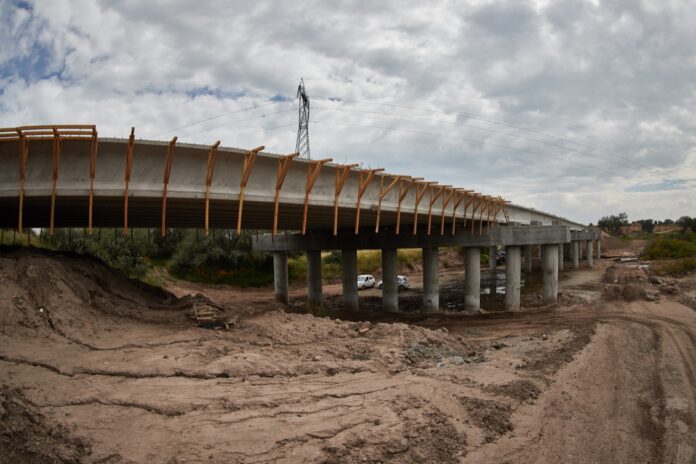 The Director of the SOP assured that this important road in Aguascalientes would be ready in December.

The head of the Ministry of Public Works, César Enrique Peralta Plancarte, announced that the construction of the Bypass Carretero Poniente registered an advance of 55%, while the attached works -such as bridges- and diversion presented 70%.

In this regard, the state official explained that the work currently being carried out is usually the most complicated, since it involves foundations, dynamiting, flattening, piping, rainwater collectors, and other works that are not always visible but are necessary. to ensure that this road and the vehicular bridges that comprise it are safe and durable.

He added that there are three companies that are carrying out the work, which in turn hired another five locals as support; each one works in a coordinated way, and in cooperation, in a specific section of this great project; He emphasized that the work does not stop, so it is estimated that this bypass will be ready for traffic by December, through which more than 20 thousand vehicles will be diverted from the city, most of them heavy transport.

Additionally, he said that the works for the formation of embankments, underlying and subgrade, as well as the hydraulic base and works in drainage works, in addition to casting and works in structures for the bridges that pass over rivers, present significant progress.