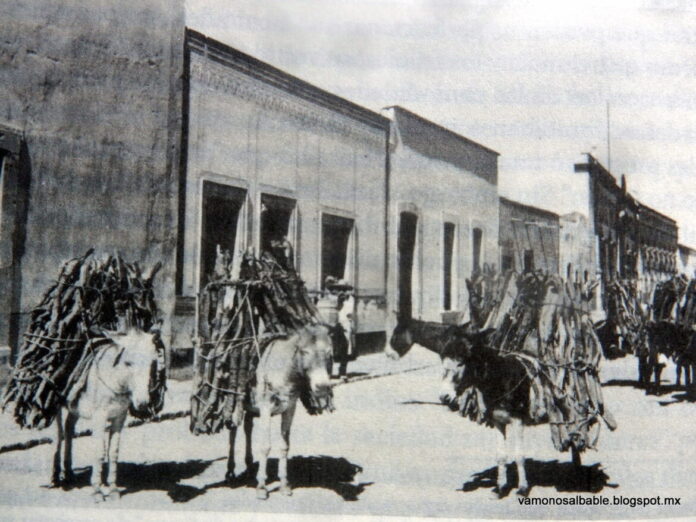 The inns of Aguascalientes were public establishments with certain typical characteristics, where food and drinks are served, known for hosting and serving homemade dishes, these historical and ancient places are references of historic Mexican hospitality and gastronomy.

Currently, there are still some inns that take us back to bygone times and flavors, and today, we will get to know the first and best known of the old Aguascalientes.

Four blocks to the west of our Calle de Oriente is the Mercado San Antonio, on one side in the old Calle de las Ánimas, which today is the well-known Calle Valentín Gómez Farías, this is the point where the Mesón De Jesús was located.

A little further north from the market, on Cinco de Mayo street, old Tacuba, was the Mesón El Buen Viaje, which later became a different cultural site: the Cine Rex.

In José María Chávez Street, known in ancient times as El Obrador Street, two inns were located: the Cornejo and El Refugio inns. These two “Mesones” were located exactly in the place where the Plaza Patria can be found today.

Also, the property that today occupies the Morelos Theater, was many years ago the Mesón Amo.

The last three best-known inns in the history of Aguascalientes were located in three different streets, one in the second street of Pedro Parga, before Apostolado, another in what was once the Garita de Zacatecas, and the third and last in the famous Guadalupe street, this one called Providencia.

All of these inns were the hotels of pre-automobile times. Travelers came to these, asking for a room to sleep and a place for one of the corrals that these establishments always had, where their horses could spend the night, whether they were donkeys or horses.

Subsequently, several of these rooms became warehouses in which fruit, vegetables, produce, and other typical Mexican products such as piloncillo were sold.

Today if we mention an inn, a place comes to mind to eat typical Mexican dishes, with homemade seasoning, and an almost artisanal elaboration, however, we already know that before the inns were more than a different style of restaurant, they are the antecedent of what we currently know as hotels.