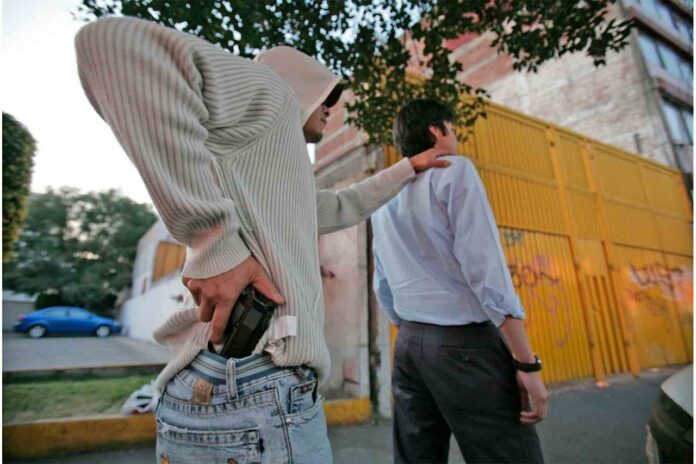 On a daily basis, 3.6 robberies are committed on public roads in Aguascalientes, according to data from the Executive Secretariat of the National Public Security System, highlighting that 37% of robberies of pedestrians are carried out with the luxury of violence, statistics that place the Entity in fourth place nationally in the commission of this crime.

During the first four-month period of this year, a total of 443 robberies to passers-by were committed in Aguascalientes, with the highest number of crimes of this type being recorded so far in April with 131.

On average, 3.6 robberies are committed in the State on public roads per day; this crime has been growing gradually over the months since only from March to April there was a 16 percent increase.

Of the 443 robberies committed on public roads, 164, representing 37%, were carried out violently.

The above data places the Entity in the fourth position nationally in robberies on public roads, ranking only below Mexico City, the State of Mexico, and Quintana Roo, which occupy the first, second, and third place, respectively.

Below Aguascalientes, in the fifth position, is Baja California, followed by Jalisco in the sixth, Tabasco is seventh, Querétaro eighth, Morelos ninth and Puebla comes in tenth place.