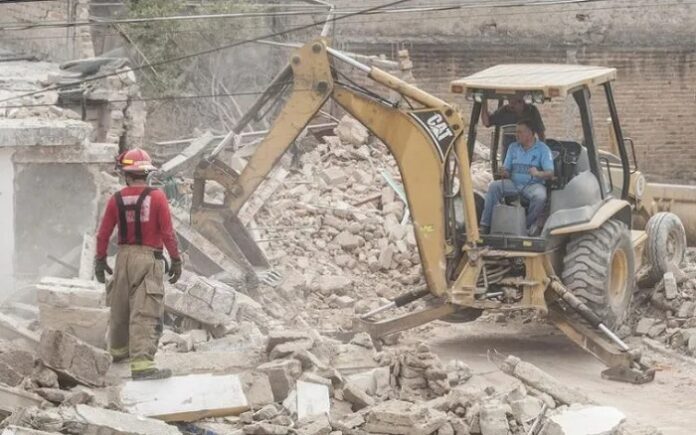 Two women died in an explosion registered on Friday, May 7th, inside the San Isidro temple of the El Chiquihuitero community, in Aguascalientes, presumably due to the detonation of pyrotechnic material stored for the celebrations of the town’s patron saint.

The tragedy occurred at the conclusion of the celebration of the rosary with the presence of a group of parishioners who had nervous breakdowns when they heard the thunderous noise.

The Secretariat of Public Security of the State of Aguascalientes reported that at 07:02 hours they received a report that a strong explosion and a collapse had been registered with people inside the temple.

Public Security agents went to the place, where they located two lifeless women in the sacristy, who were identified as Ana Luisa Figueroa, 34 years old; and Maria N, 61 years old. The victims were cleaning up the place at the time of the tragedy.

According to the police report, the explosion would have been caused by pyrotechnic material used in religious events, which was stored in a room in the back of the temple.