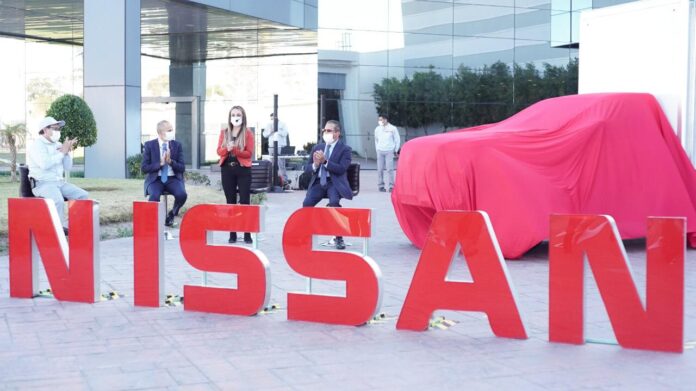 the company confirmed the news to loca media, but did not specify the date of the stoppage.

The global shortage of semiconductors continues to cause temporary shutdowns in automotive plants around the world. A Reuters report revealed that the last company to be affected is Nissan Mexicana, which will have to stop one of its plants in Aguascalientes for a week due to the lack of this input.

Sources within the company confirmed the news to the local media, but did not specify the date of the stoppage; Reuters indicates that the break will take place in May. Likewise, the news agency mentioned that Nissan continues to make adjustments in its production processes to minimize the impact caused by the lack of inputs at the national and international levels.

In February of this year, General Motors announced a cut in the manufacture of vehicles in two complexes located in the United States and one in Mexico, specifically the San Luis Potosí plant, for the same reason.

The business consultancy IHS Markit anticipated that the semiconductor shortage will last until 2022 , so the automotive sector will continue with staggered stops in the coming months. The firm also foresaw that the automotive industry will be able to reach the 2019 records until 2024.

IHS Markit also shared that in the face of this situation, the automakers have opted to allocate the few electronic semiconductors they have in the cars with the highest demand and highest profit, such as SUVs and pick-ups, according to El Economista.

The global semiconductor shortage is due to one of the umpteenth effects of the COVID-19 pandemic. The plants producing the ‘chips’ had to close at the beginning of the health emergency, and by the time of their return, they found a huge accumulation of pending orders.

The excess demand worsened due to the growth in laptop sales (due to the migration to the home office) and the launch of Microsoft and Sony video game consoles.

Faced with this scenario, semiconductor producers have prioritized supplying the consumer electronics industry due to their higher profitability compared to the automotive industry.