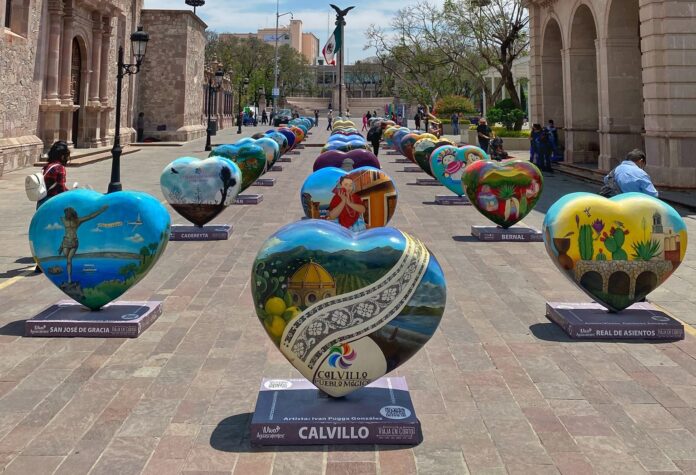 The hearts are part of the exhibition “The beat of the magical towns of the Central West”; they were painted by artisans and plastic artists.

Through its social networks, the State Secretariat of Tourism announced that the hearts alluding to the magical towns of Aguascalientes, Guanajuato, Jalisco, Querétaro, San Luis Potosí and Zacatecas are already in the capital city , and that they are part of the exhibition called “The Heartbeat of the Magical Towns of the Central West. “

It is a total of 34 hearts that were painted by artisans and visual artists from the aforementioned states and that are part of the Central West Pact.

For now, hearts are on display in front of the Morelos Theater, in the historic center of the capital.

The hearts that you will be able to appreciate are from these magical towns;