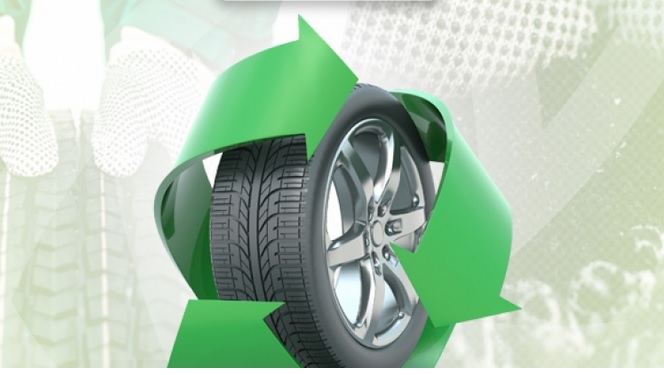 Towards a greener world, the Canadian Reneuvo has been dedicated to generating plastic products for industrial use, from the reuse of tires and other waste. The company has now come to the state of Aguascalientes.

In recent years, Aguascalientes has promoted a process of economic diversification led by companies oriented towards sustainability. This is attested by both the acquisition of numerous investment projects for photovoltaic parks and the installation of the Continental Electronic Plant.

This vision of stimulating sustainable development in the state -and in the Bajío region- is underpinned by the arrival in Aguascalientes of the Canadian consortium ReNeuvo Group, a corporation specialized in the generation of plastic products for industrial use. These items are created from the reuse of tires and other waste, through state-of-the-art technology and environmentally friendly schemes.

The arrival of the holding company to Aguascalientes involves an investment of between 50 and 60 million dollars, the creation of 500 direct jobs, and the construction of an industrial park (ReNeuvo Canadian Industrial Park). The latter will house twelve companies of the consortium that will operate in Aguascalientes and will serve the automotive, aerospace, agro-industrial, and medical sectors, among others.

In an interview with Líder Empresarial, José M. González, president of ReNeuvo Group in Mexico, points out that the decision to build its own industrial park will provide the consortium with greater flexibility to expand operations as well as the capacity of the companies installed on the property.

For example, ReNeuvo Composites México -one of the companies in the consortium- will initially be able to manufacture at its Aguascalientes plant up to 120 million pounds per year of XyloX ™, its innovative thermoplastic elastomer made from recycled tire rubber waste, plastic post-industrial, and post-consumer plastic. Furthermore, the company hopes to double its production capacity in the future.

The input – patented by ReNeuvo – stands out for offering a better production cost, greater resistance and malleability than virgin plastic:

“The automotive industry in Mexico alone uses hundreds of millions of pounds of thermoplastic elastomers made from virgin rubber and plastic each year. XyloX ™ can replace them and at the same time reduce the exorbitant amount of millions of tires and plastics that go to landfills ”, explains José González.

The president of the firm states that since the announcement of the investment – September 4, 2020 – to date, 11 Canadian companies outside the consortium have expressed interest in settling in the planned industrial park. If completed, these projects will involve an estimated additional investment of 10 million dollars and the generation of 300 new formal jobs.

“The park is designed primarily to house the ReNeuvo group of companies, but anyone who is interested in locating on the site will be welcome, as long as they comply with all environmental policies. Without exceptions ”, explained González.

It should be noted that all the water in the industrial park will be recycled and reused, and the consortium companies will operate 100% paperless. The whole complex will use solar energy supplied by the installation of photovoltaic panels. In turn, it will have LED lighting in its entirety to achieve greater energy efficiency.