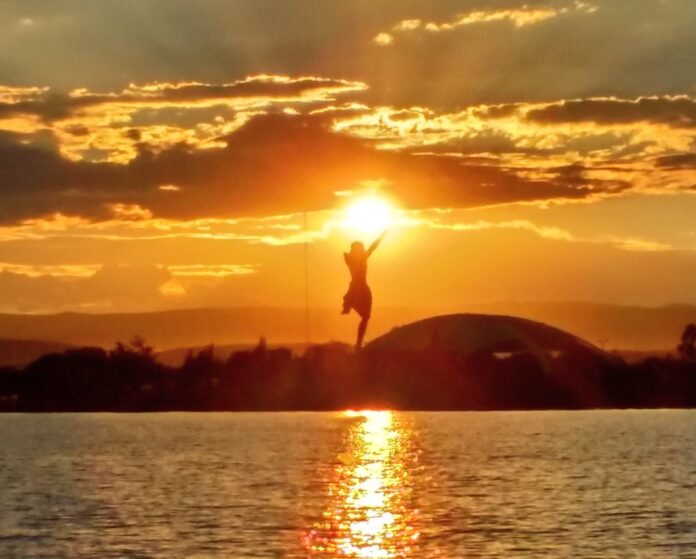 It is a magical town immersed in nature, with a population that stands out for its kindness and warmth. It is a meeting point for the devotees of the Broken Christ or fans of adventure tourism. In the cold sierra, there are several camps, impressive landscapes, and various adventures that you can share with friends or family.

The municipality has forests located in the Sierra Fría, which are considered as a protected forest reserve. The vegetation is abundant in most of the mountain range, predominantly oak and pine forests, natural grassland, subtropical scrub, chaparral and some small portions that are not suitable for any vegetation.

During pre-Hispanic times it was Chichimeca territory, and during the colony it was founded in 1780. It is said that the Cura Hidalgo took refuge here after the defeat of the Calderón Bridge.

Since you’re here, take the opportunity to go full of energy on the adventure and taste some Pacholas from Aguascalientes, and for dessert a quince with cheese.

Located at 2,000 m and a subhumid and temperate climate, which averages 16ºC.

She joined the Magic Towns Program in 2015.

Full of vast vegetation and great natural spaces, we present you to San José de Gracia. With this complete guide we will help you explore every corner of this interesting Magic Town, let’s get started!

The town is located northwest of the state of Aguascalientes and geographically distributed between the Sierra Madre Occidental and the Aguascalientes Valley. El Pueblo Mágico borders on the north with the municipalities of Calvillo and Jesús María, on the south with Rincón de Romos and Pabellón de Arteaga; finally, it borders the state of Zacatecas to the east and west. To access San José de Gracia from the capital of the country, you must take highway 57D to Santiago de Querétaro and then highway 45D that leads directly to your destination. You can also take a plane to the state capital, since the Magic Town is only 57 km from it.

2. What is the history of the town?

The territory was initially inhabited by the Chichimecas from Tepatitlán. In 1780, the Royal Court of Nueva Galicia appreciated the potential of the town and provided primary titles. Its historical contribution dates from 1811 when the priest Miguel Hidalgo took refuge in San José de Gracia after the defeat by the Spanish army at the Calderón Bridge. Hidalgo, who came recommended by a soldier from San José, did not hesitate to hide in the town while he waited for instructions from the insurgent army, leaving it 5 days later, heading to the Hacienda de San Blas (now Pabellón Hidalgo). In 1954, San José de Gracia was confirmed as a municipality and in 2015 it was named Pueblo Mágico.

3. What weather should I expect in the locality?

With an altitude that exceeds 2,000 meters above sea level and as in the entire Sierra Madre Occidental, San José de Gracia enjoys a climate of the temperate subhumid type, with rainfall that registers an average of 600 mm per year and a temperature annual average of 16 ° C. The months of June and July are the hottest and the December-January period is the coldest. The pleasant climate of the mountains invites you to enjoy it with warm clothes and the always useful umbrella just in case.

4. What can I see and do in San José de Gracia?

Let’s start the tour in San José de Gracia through the center of town. Here you will find a simple but elegant main square and adjacent to this is the emblematic municipal palace. Undoubtedly the attraction that attracts the most tourists and especially believers from around the world is the imposing statue of the Broken Christ, located in the Plutarco Dam, a masterful work of engineering in its time. Another important attraction, if you want to get in touch with nature, is the Boca del Túnel park, an immense space to enjoy a variety of activities at the top of your lungs.

The Main Square has beautifully landscaped areas and a picturesque circular kiosk in its central part. Another attraction of this space is the “head of the eagle” which was made in honor of the Father of the Nation, Miguel Hidalgo, in commemoration of his brief passage through the town when he escaped from the Spanish. The Main Square is surrounded by historical buildings such as the Parish Church and the Municipal Palace, as well as by a large number of shops and businesses that provide services of all kinds.

6. How important is the Plutarco Dam?

This reservoir also called Presa Calles, in honor of the President of the Republic, Plutarco Elías Calles, has a storage capacity of 340 million m 3 of water. It was built in 1927 by the American company JG White and was part of an important movement for the modernization of the irrigation system in the agro-industrial field. The work would also be responsible for the destruction of the old San José de Gracia, since the water buried the old town; being at the same time the cause of the rebirth of the new locality. In the Plutarco Dam is the imposing monument of the Broken Christ.

7. How attractive is the Broken Christ?

Among the 5 largest monuments in all of Mexico, is this immense statue of 28 meters high, divided between 25 meters of the sculpture and 3 meters of the concrete base that supports it. The spectacular image is located on the island of the Calles Dam, so its access is only by water. After reaching the island, you have to climb some stairs to the sanctuary. The great sculpture of Christ, which is missing the right arm and leg, was inspired by the tragedy that hit the town due to the construction of the dam, which forced a mass exodus of the population as the level of the river rose. Water. Today, it is one of the most visited monuments in Mexico, also receiving parishioners from all over the world.

8. Where is Boca del Túnel?

Adrenaline lovers have their spaces and diversions in San José de Gracia in the Boca del Túnel Adventure Park. With a beautiful lagoon and rock formations around it, it is an ideal environment for horseback riding and cycling; You can also jump through the two zip lines available and cross the park’s 13 hanging bridges, including one 105 meters long and 15 meters high that crosses the lagoon. The entertainment of the park will provide you with a lot of excitement on your trip to San José de Gracia, with several experiences only suitable for the most daring.

9. How is the gastronomy in San José de Gracia?

One of the typical dishes of the Aguascalientes region is the pacholas, a preparation in which the beef is ground in the metate and later mixed with chili and spices, a real delight. Another proud recipe of San José de Gracia is the quince, a sweet originating in Spain whose preparation consists of steaming the quince fruits until generating a paste, which is mixed with refined sugar and left to rest, serving it as a delicious sweet when it cools down. Likewise, the hydrocolloids are experts at cooking all kinds of meats and stews, so get ready to return to your routine with a few extra pounds.

10. What is remarkable about the town’s crafts?

The typical handicraft market of San José de Gracia is the ideal place to make a nice souvenir of your trip. You can buy a statue of the Broken Christ that fits in your home or an article made of ceramic at low temperatures, which is a local artisan specialty. In the market, you can also buy a wide variety of salty or sweet Mexican snacks so that you can carry the most exquisite flavors of Aguascalientes in your stomach and in your suitcases.

11. What are the best hotels to stay in?

There are several options for lodging in San José de Gracia. The Hacienda Rocha hotel, located very close to attractions such as the Calles Dam and the Cristo Roto, has first-class services and all the comforts for a pleasant stay. A little further from the city center, specifically in the Sierra Fría forest, are the Cabañas las Manzanillas, a place full of tranquility where you will find relaxation and inner peace. The cabins are designed in a rustic style but are very comfortable and equipped with all necessary utensils. In Trojes de Alonso, less than 20 km from San José de Gracia, you will find the very comfortable Las Trojes hotel, which has a swimming pool, gym, bar, spa and a business center, without a doubt the most modern hotel in the city. zone.