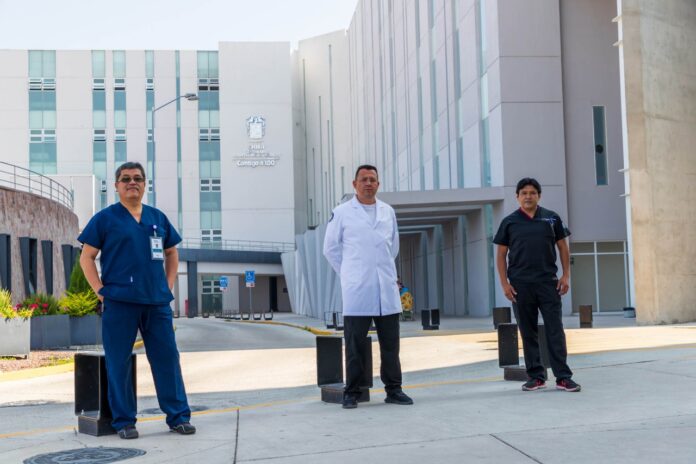 Although almost the entire workforce of the Centenario Hospital Miguel Hidalgo (CHMH) has been vaccinated against covid-19, there is still disgust among the staff because they have not fulfilled some work promises, which, said Francisco Javier Araiza Méndez, president of The Single Union of Workers of the Miguel Hidalgo Hospital (SUTHMH), has affected the emotional state of some, to which it is also added that they are already tired because they have been fighting this pandemic for more than a year.

For LJA.MX, Araiza Méndez explained that some of the promises that have not been fulfilled are the Covid-19 monetary bonus that the Federal Government said they would be given, as well as the fact that they were not given the classification of ” high risk ”of work so that they could use the labor rights that this classification gives to the personnel who are at greater risk due to their exposure to the virus.

“I believe that the fact that certain promises have not been fulfilled, such as the bonus, as has been the high risks in some of the areas, that is something that has affected the worker’s mood factor. I think that is the only thing in which we have failed (…) in the part of the commitment of the covid bond and the commitment also of the high risks for some areas, such as the Hidalgo Hospital therapies, “said the union leader.

Currently, most workers have received both doses of the covid-19 vaccine, and although some are still waiting for their second dose, now what workers continue to demand is that the promises made to them while they were working be honored. in the fight against covid-19.