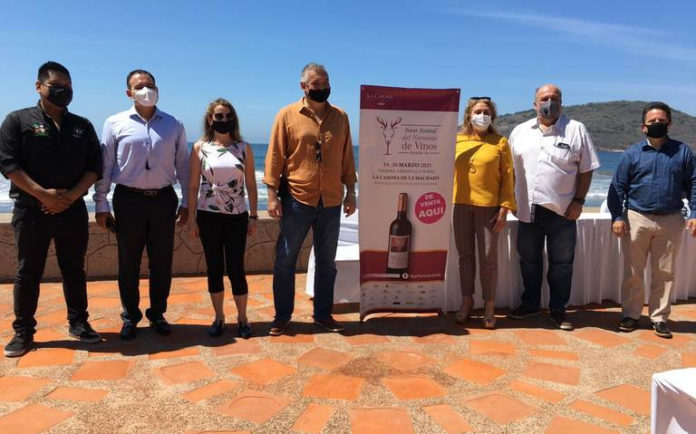 The director of the event, Justo Molachino Amaro highlighted that this type of activity puts Mazatlán in an important plane for the country’s wine industry

Mazatlán, Sinaloa.- The wine culture has grown a lot in Sinaloa, to the extent that the Northwest Wine Festival has become a national benchmark, not only because of the offer of the different varieties of wine offered by the brands but because conferences are included that allow knowledge, declared Justo Molachino Amaro.

The director of the event, which this 2021 celebrates its third year, said that from the eighties to date in the country there are already little more than thirty wine producers, where the region from Baja California, Sonora, Chihuahua, Coahuila, Aguascalientes, and Sinaloa, the offer grew considerably.

“In Mazatlán and Sinaloa, consumption is still very low compared to other states, but the intention we have or one of our aspirations is that Mazatlán becomes an important point of dissemination and promotion of wine throughout the country and I think we are. achieving because already the wine tourism that did not arrive here before is beginning to focus on Mazatlán ”.

Like any event in the midst of the pandemic, Molachino Amaro asserted that on March 19 and 20, when the event takes place in La Casona de la Machado, a strict health protocol will be applied, with capacities measured to one hundred people in the entire venue and conferences with no more than thirty interested parties.

The entrance to the event has a cost of 350 pesos for one of the two days or 500 pesos for both; In addition, there will be a concert by the Latin Grammy-winning tenor, Mauro Calderón, at a cost of 1,500 pesos with limited access for twenty people; which can be found in various parts of the city that can be consulted on the Facebook page festivinoroeste.

They announced that in coordination with the State Secretariat of Tourism they will disinfect the site where the activities will be carried out a day before, and that they will also have all the health protocols when receiving each of the attendees.

Molachino announced that during the festival activities a line of wines dedicated to Banda El Recodo will be presented.

Although he did not advance the name of the labels, he said that there will be two wines: one white and one red.

They also showed a video dedicated to Mazatlán, with the name Rosama; which they do in Sonora but which is inspired by this port and which is also designed to be a complement to the ports gastronomy.

Rosamar is a wine with notes of watermelon, grapefruit, and other citrus. And it can already be found in different restaurants in the port. It will be on sale at this wine festival at a cost of 370 pesos.