Culiacán is one of the Mexican cities most affected by drug trafficking. There, violence, the presence of cartels in the streets, shootings, and military checkpoints are practically normalized there.

The capital of Sinaloa is among the ten municipalities in the country with the highest number of homicides linked to organized crime and concentrates 67% of the murders that occurred in the state in 2020.

The most important criminal groups in the state are present there: Los Chapitos (led by Iván and Archibaldo Guzmán Loera), Los Mayos (as they call the people of Ismael El Mayo Zambada) and Los Guanos (led by a brother of Chapo: Aureliano Guzmán It was).

According to the journalist Héctor de Mauleón, the relationship between Los Chapitos and El Mayo Zambada was definitively broken because he refused to send reinforcements to support Ovidio Guzmán during the “ Culiacanazo ” of October 2019. The Guzmáns accused him of ” withdrawing .”

This became known thanks to the weekly Rio Doce, who found some audios in which operators from Los Chapitos complained to the ” Mayo” hitmen for not having entered ” the chingadazos “. 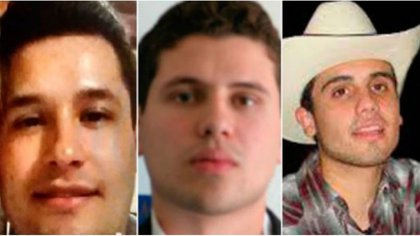 Apparently, after the definitive capture of his father in 2016, ” Los Chapitos ” have not agreed with ” El Mayo “, or with his uncle, Aureliano Guzmán Loera, alias ” El Guano “, on the control of operations of the group.

Because their father was one of the founders of the cartel, they feel they have the right to inherit what he built. And although it is true that they are much more ostentatious than “El Mayo” in terms of expenses and parties, “Los Chapitos” do know the inner workings and that is why they want to assume absolute control. As a result, the two sides have been involved in fierce battles for years.

One of the most recent episodes occurred in May 2020, when José Rodrigo Aréchiga Gamboa, alias “El Chino Antrax”, who was the head of the hit squad “Los Antrax”, was found dead after escaping federal supervision for his parole in San Diego. It is believed that “Los Chapitos” were responsible for the massacre. 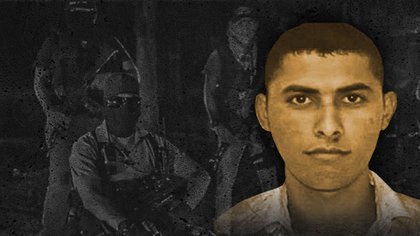 The Chinese Anthrax was captured in 2013 when he was going to board a plane (Photo art: Jovani Silva, Infobae)

” El Chino Ántrax ” was a close ally of “El Mayo”, as he grew up alongside Zambada’s children in Culiacán. A month after his murder, there was a shooting of several hours in the outskirts of Culiacán, apparently between the two sides, leaving 16 dead.

The main business of “Los Chapitos” is international drug trafficking. According to various indictments in the United States, the children are involved in the trafficking of large amounts of cocaine, marijuana, and methamphetamine to the United States, using an extensive network of contacts throughout Latin America.

The main territories for “Los Chapitos” are their birthplace in the state of Sinaloa, especially the capital Culiacán, where they seem to have much more influence and power than in other urban centers. On the other hand, it is believed that “El Mayo” maintains strong control in rural areas and surrounding the capital.

The challenge of the “Chapitos” in Sinaloa: they patrol the streets with total impunity

In Culiacán, Sinaloa, its inhabitants – approximately 850,000 – have learned to live with the narco. In the city, one of the most affected by the violence of the cartels, the shootings, the checkpoints and patrujalles of hitmen take place in broad daylight and anywhere in the region.

This same week, on social networks, recordings of a convoy of vehicles full of men dressed in caps, apocryphal Navy bibs, and long weapons patroling through Culiacán.

According to local media, the same inhabitants of the city have imposed a curfew; However, during the day, the hitmen also hang around in their cars and intimidate with their long weapons. “There have been moments where we have felt totally violated because there is no government here,” revealed a resident to the local media LÍnea Directa.

Twitter accounts related to citizen complaints, brought to light videos of alleged hitmen of the faction of Los Chapitospatrolling the streets. The cell led by the sons of Joaquín el “Chapo” Guzmán recklessly boasts of its power with gold-plated submachine guns and armored vehicles.

Drug traffickers, according to experts, use social networks without any modesty to boast of a life of excess, violence, and ostentation.

The vacant and abandoned lands of Culiacán have been turned into a cemetery, where hitmen abandon their victims.

In that city, identified as the center of operations for the drug traffickers Ismael el “Mayo” Zambada and the children of Joaquín el “Chapo” Guzmán , a climate of terror and impunity reigns. 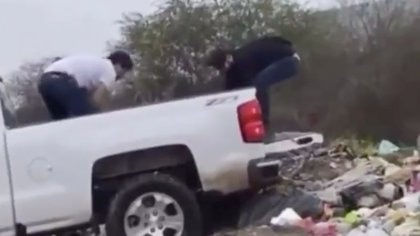 In February, two subjects abandoned a body on a vacant lot in Culiacán, Sinaloa (Photo: File)

Due to its location – it extends from the coast in the Gulf of California to the border with Durango in the Sierra Madre Occidental – for years it has been a disputed territory for drug trafficking, which has caused the death of thousands of civilians.

As documented by the national daily Milenio, in the limits of towns such as El Ranchito and El Huizache, the murderers abandon everything from skeletons to bodies with drug messages.

Since last February 4, when subjects abandoned a body, in the middle of a garbage dump in Culiacán, to date, 40 corpses have been found, according to a Millennium count. The latest victims were identified as two adolescents aged 14 and 16, who were killed and burned.

Culiacán does not have a special law that addresses the problem of impunity. The locals have asked the authorities to design a security protocol in the mountain areas so that those affected can live in peace. Some time ago, a man was burned just for having witnessed a criminal act, describes a testimony collected by the national media.

Last July, in the El Huizache syndicate community in Costa Rica to the south of the city, authorities located the lifeless body of a man, with a robust complexion, dark, between 30 and 35 years old, who wore an orange shirt, pants white, and gray tennis shoes.

The body was found on the Álvaro Obregón Expansion Avenue in the La Primavera Industrial Park, where .9-millimeter caliber firearm casings were also found .

On August 12, an abandoned body of a male was reported, who was half naked, with bullet wounds and visible signs of torture. A week later, a dismembered and bagged body was found in the Floresta subdivision, in Culiacán.

In this municipality, there is a fight between cells of the Sinaloa Cartel to lead the route zone to traffic drugs.