The French ambassador Jean-Pierre Asvazadourian sent a letter via email to members of the French community in Mexico in which he requested “strongly” not to travel to the country, due to the context that is being experienced in the territory by the COVID-19 pandemic.

“ International travel is not recommended unless there is a compelling reason. Of course, nothing prevents a French citizen from going to Mexico. However, sanitary conditions are deteriorating, and traveling to Mexico from France is strongly discouraged, “he said.

The representative of France stressed in his message that the situation in Mexico was very serious and that everyone should be aware that the epidemic was spreading again at an accelerated speed from previous weeks.

“Many states in the country are on high alert and the hospital occupancy rate is worrying”, stressed Jean-Pierre. 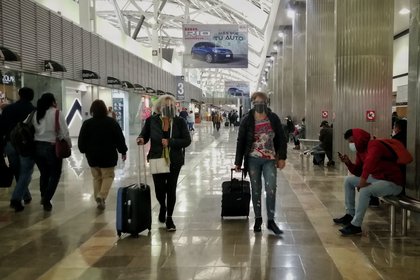 Asvazadourian urged the population to continue with the measures stipulated by the governments of both nations, in order to prevent the spread of the virus (Photo: Andrea Murcia / Cuartoscuro)

Similarly, the ambassador recalled that if a French citizen has to come from Mexico to France, they must submit a PCR test negative within 72 hours, an affidavit of the absence of symptoms, and a certificate of international travel contemptuous, to be allowed access to the European country.

Likewise, Asvazadourian urged the population to continue with the measures stipulated by the governments of both nations, in order to prevent the spread of the virus. And he urged society to act with caution in these December dates and avoid meetings that endanger the lives of more people.

“I appeal to your sense of responsibility. I invite you to continue exercising maximum vigilance, to limit your movements and social interactions, and to respect the appropriate hygiene and social distancing measures. Our lives, those of our loved ones and those of others are at stake. More than ever we must show good citizens ”, he pointed out.

Jean-Pierre added that, since the beginning of the COVID-19 emergency, the French embassy had been forceful with the help and accompaniment of French citizens who have been economically affected during this period. And he also endorsed the support that the agency has had for those who have needed medical attention. 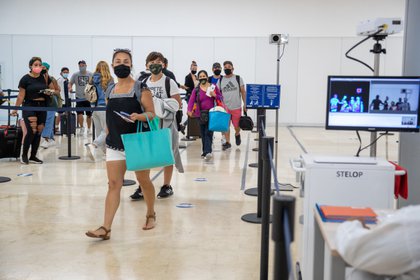 205 days after the new normal, more than 1,300,000 cases of COVID-19 and 11,585 deaths caused by this disease have been registered in Mexico. While Mexico City and the State of Mexico have the highest number of active cases, which are 28 thousand 885 and 6 thousand 233 respectively.

For its part, Mexico City leads the entities with the highest hospital occupancy, with 85%, followed by the State of Mexico with 78% and Guanajuato with 71%. In addition, regarding the number of beds available with a mechanical ventilator, the capital of the country is 74% occupied.

“The epidemic continues, it will surely continue for several more weeks and it will have the same distribution pattern that we have seen throughout the year. It is not the only epidemic in each country, each federative entity has a different rhythm ” , said the undersecretary of health, Hugo López-Gatell during the conference this Tuesday morning.

To translate video from a foreign language:

You’ll see that the subtitles have automatically been translated into English. While everything won’t be translated with 100 percent accuracy, the whole idea is that you can at least get a rough translation so you can easily follow along.