It’s hard to think of anything being magical in 2020, but there’s something delightful about the idea of Mexico’s Pueblos Mágicos, or “Magic Towns.”

These small towns are celebrated because they represent the architecture and customs of traditional Mexico. The Pueblo Mágicos program launched in 2001 to help shine a spotlight on Mexico’s charming, sometimes unsung, small towns.

The first Magical Towns to earn the label included Mexcaltitán in Nayarit (which went off the list for awhile, but – spoiler alert! – is back), Huasca de Ocampo in Hidalgo, Tepoztlan in Morelos and Real de Catorce in San Luis Potosí.

Now, 11 more Magical Towns are being added to the list at the annual Feria de Pueblos Mágicos, bringing the number to 132. Here, we take a look at the 11 newest Magical Towns – and even if you decide not to travel to Mexico now due to the challenges of Covid-19, you’re definitely going to want to add these places to your travel bucket list.

A view of Ajijic village and the mountains on the north shore of Lago de Chapala—one of Mexico’s new Magical Towns. (GETTY)

Where it is: Set on the shores of Lake Chapala in Jalisco—a western state along the Pacific Ocean—Ajijic is one of Mexico’s most colorful towns.

Why it’s Great: This 16th century village is popular with expats: About 20,000 foreigners live here. They’re attracted to the low cost of living, the temperate weather and plenty of natural beauty.

A small fishing port about 5000 inhabitants, Isla Aguada is surrounded by the waters of the Gulf of Mexico and Terminos Lagoon. (Wikipedia)

Where it is: This fishing village is located in the Yucatán Peninsula state of Campeche, which is full of white sand beaches, Mayan ruins and UNESCO World Heritage Sites.

Why it’s Great: With its pair of village communities, Isla Aguaga is connected by two bridges to the mainland. On the island, travelers will find gorgeous beaches, mangroves and the Laguna de Terminos, where you can spot rare birds. 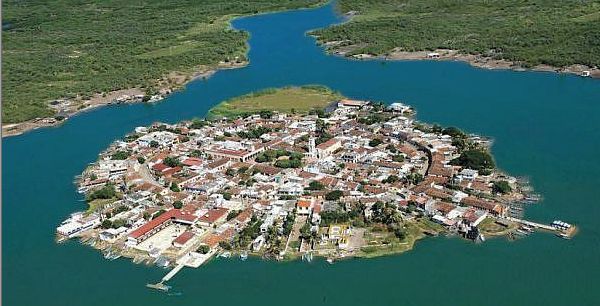 Less than a mile around, Mexcaltitán sits in the middle of a coastal lagoon of the same name in Nayarit, Mexico. It’s said to be Aztlan, the cradle of Aztec civilization.

Where it is: Close to Puerto Vallarta on the Riviera Nayarit, this Pacific Coast town was on the original list of Pueblo Mágicos, but was dropped in 2009 due to infrastructure issues.

Why it’s Great: After close to $1.7 million (35 million Mexican pesos) put toward updating and beautifying this Magical Town, Mexcaltitán is back on the list and better than ever. This small man-made town is known as the Venice of Mexico due to its unique topography and picturesque houses with tile roofs. Its well-preserved culture includes its rich cuisine, which is based around fresh-caught shrimp. 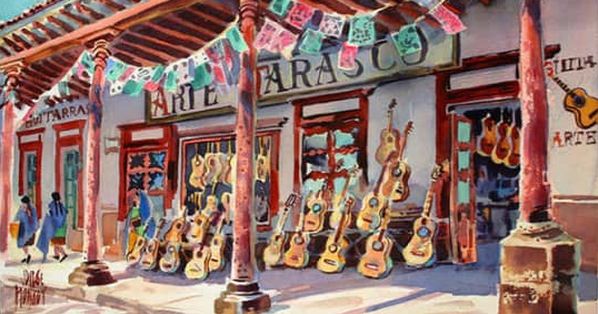 Paracho de Verduzco is a Mecca for fans and professionals around the world who come to Paracho in search not just of any guitar, but “their” guitar.

Where it is: A small town high in the mountains of Michoacán, Paracho de Verduzco has been a crafts center ever since the mid-16th century, when Spanish missionaries taught the locals the art of making guitars.

Why it’s Great: Paracho gained worldwide attention with the success of the Disney Pixar movie Coco, which helped put the town on the map of Disney fans everywhere. It’s estimated that 90% of the people working in Paracho make guitars or guitar parts, though the town also has a rich heritage in copper design, ceramics and weaving.

The convent dedicated to San Miguel Arcángel, and erected under the direction of Fray Juan de Mérida, was finished in just 7 months, with the help of 6,000 indigenous people.

Where it is: Located in the central Yucatán, Maní is about 57 miles south of Merida.

Why it’s Great: Full of history, Maní was one of the first places the Franciscan missionaries arrived in Mexico, building the former convent of San Miguel Arcángel, which dates to 1549. The town is also famed for its traditional embroidery done on blouses and dresses. 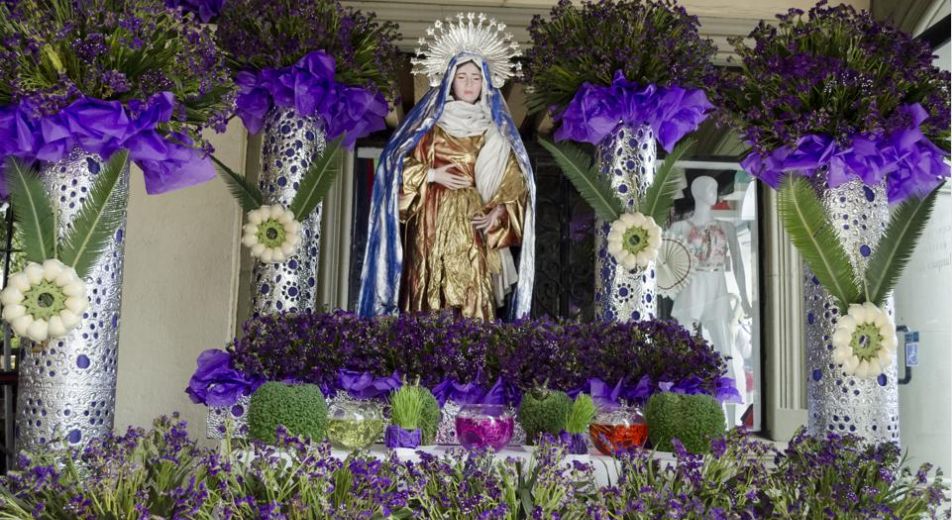 Our Lady of Juquila. (GETTY)

Where it is: Juquila is a small, quiet town nestled in the mountains of the Sierra Madre del Sur, four hours south of Oaxaca city.

Why it’s Great: Juquila is known for its religious tourism thanks to a statue of the Virgin of the Immaculate Conception, which survived a fire and is honored in a temple built in 1784. Over two million visitors come here a year, just to see the statue.

The typical rebozos that are made in san Maria del Rio. (GETTY)

Where it is: Located about 40 minutes beyond the center of San Luis Potosí in the state with the same name, Santa María del Río is a small under-the-radar town.

Why it’s Great: Santa María del Río is sometimes called “the cradle of the rebozo,” since this town is home to the finest artisans practicing the ancient craft of rebozos, colorful woven shawls worn by indigenous cultures.

Kilometers of empty white sand beaches, the shallow waters of the Gulf of Mexico and windy coastline make Sisal an idyllic kiteboarding destination.

Where it is: Set on the coast 40 minutes northwest of Mérida, Sisal was the Yucatan’s first commercial port, but it hardly seems commercial at all these days.

Why it’s Great: The origin of this town goes back to pre-Hispanic times when it was known as Ah-Canul, which means “protector.” Today, Sisal is a destination for kite surfing, ecotourism, flamingo sanctuaries and gorgeous beaches. 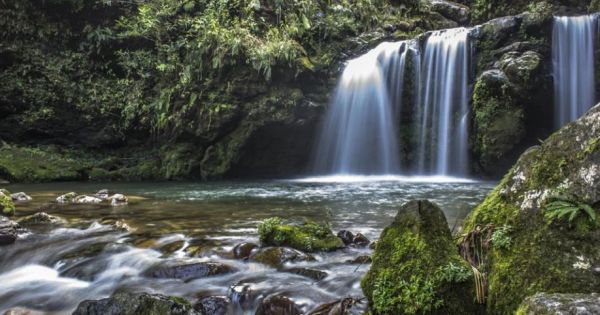 The kind of waterfalls you’ll find near Tetela de Ocampo in Puebla. (GETTY)

Where it is: In the Sierra Norte region of Puebla, Tetela de Ocampo is also called “Tetela,” which means “place of many hills.”

Why it’s Great: From an historic center full of murals to nearby waterfalls to subterranean grottos to a rich mining industry, there’s a lot to love about Tetela de Ocampo.

A view of Tonatico. (GETTY)

Where it is: Surrounded by lush vegetation, Tonatico is a beautiful colonial town located 153 kilometers from Mexico City.

Why it’s Great: Stroll along the zócalo, relax in the hot springs and or take in the landscapes of El Sol Park.

Where it is: Zempoala is a tiny town hidden away in central-eastern Mexico.

Why it’s Great: Sure, Zempoala has an attractive center and a beautiful former convent, but that’s not why people come here. The appeal here is the proximity of the Aqueduct of Padre Tembleque, a feat of engineering that was erected in the 16th century using Roman, Hispano-Arab and Mesoamerican techniques. It was named a World Heritage Site in 2015.