In a special investigation, The New York Times explains how the platform is now used both to spread terror and to recruit new members

In Mexico, content on social networks of activities or carried out by alleged organized crime groups is not exactly new, since it has circulated on those sites for years. The most recent platform used by TikTok.

But there are some differences between the early years and today, according to an article in the American newspaper The New York Times (NYT).

Cited by that international media, Ioan Grillo, author of El narco: en el corazón de la insurgencia criminal Mexicana, indicated that at least that content has circulated for ten years, when in Mexico the famous “war against drug trafficking” was implemented, during Felipe Calderón’s administration. In a video, the Jalisco Nueva Generación Cartel threatened the governor and municipal presidents of Aguascalientes (Photo: Screenshot)

But back then, violent and explicit scenes, with recordings of torture and beheadings were posted on YouTube. Their purpose then was to scare their rivals and at the same time show the government and its security forces the level of cruelty that they were able to handle.

Now, the text points out, the content changed; cartels are more sophisticated, a characteristic that they developed along with the evolution of social networks and the participation of criminal groups in the digital world.

For example, they recall, the video that a few months ago showed alleged members of the Jalisco Nueva Generación Cartel (CJNG) wearing combat clothing, with heavy-caliber weapons and encouraging their leader, with dozens of armored vehicles, which they carried with the initials of the organization, framing the scene of the moment.

These recordings came to TikTok after the chase of a boat went viral in the United States. As the video increased in number of reproductions, more similar videos started to pop up. And that’s when videos with exotic animals and extravagant scenarios began to become popular.

NYT also does mention of the TikTok Cartel, a genre of videos that precisely show drug trafficking groups and their activities. The visits they receive amount to hundreds of thousands.

For example, a video that was deleted but previously collected half a million likes. This shows a farmer slicing green seed pods in a poppy field, apparently to harvest the resin from which heroin is produced. “Here in the sierra, pure hard-working nose,” says a voice-over. “Pure good people.”

However, the article warns, “while Mexico is once again about to break homicide records this year, organized crime experts say the TikTok Cartel is only the latest propaganda campaign designed to mask the bloodbath and show promise of infinite wealth to attract young recruits ”.

Then they quote Alejandra León, an anthropologist at the University of Murcia, in Spain. For her – who studies in depth the presence of criminal organizations on social networks, this “is narcomarketing (…) They use this type of platform to advertise themselves, but of course, like this hedonistic advertising ”. 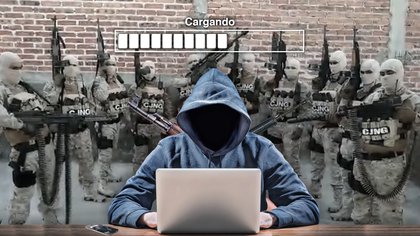 Digital campaigns have been used by Mexican cartels (Photo: Special)

And while some of these materials seek to spread terror, others seek to show young people, especially those in rural areas, the benefits of joining drug trafficking groups, that is, money, luxury cars, women, and exotic pets.

“It’s about the dream, it’s about making it come true,” Ed Calderon, a security consultant and former member of the Mexican security forces, told the NYT. “That’s what they sell.”

While Falko Ernst, senior analyst for Mexico at the International Crisis Group, pointed out that the production of these recordings could be carried out by young hitmen who are eager to show off their spoils of war. Although either way, he points out, the goal of the posts is not distracted; They seek to attract an army of young people willing to give their lives to get closer to glory. The gangs, Ernst stressed, depend on this “sea of ​​young people hungry for power”. 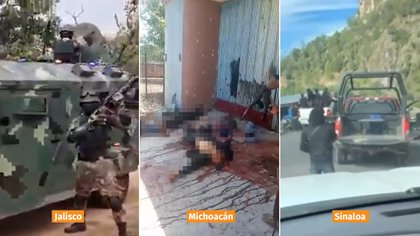 The videos disseminated on social networks by criminal groups are a tool to generate terror (Photo: Special)

On the other hand, highlights the Times, although the circulation of this type of videos on the internet is not something new, TikTok has given a new scope and turn this trend into the genre of narcoculture.

“The message has to be fast, it has to be attractive, and it has to be viral,” said the anthropologist from the University of Murcia. “Violence is fun, so much that we even compose music based on it.”

On the other hand, the article refers, when TikTok was questioned about its policy regarding videos, a spokeswoman assured that the company was “committed to working with law enforcement to combat organized criminal activity” and that it removes “content and accounts promoting illegal activity ”.