According to Alberto Athié Gallo, the Archbishop Emeritus of Mexico covered up at least 15 priests

The Supreme Court of Justice of the Nation (SCJN), granted the Amparo, promoted by Alberto Athié Gallo, so that he can deliver a copy of the investigation folder on the complaint that he presented against the Archbishop emeritus of Mexico, Norberto Rivera Carrera.

It was unanimously that the First Chamber of the SCJN approved the proposal of Minister Alfredo Gutiérrez Ortiz Mena, to revoke his original decision to deny access to the former priest Athié Gallo to the investigation.

“ The interest of society as a whole must be analyzed to know all the procedures that are being carried out for the timely investigation, detention, trial, and punishment of those responsible when said crimes are against humanity or represent a serious violation of human rights ”, he pointed out.

The former priest denounced Rivera Carrera before the then-Attorney General’s Office (PGR, today FGR) for hiding from the competent authorities at least 15 cases of pedophilia committed by priests under his charge, events that the cardinal publicly said he knew during a conference on 19 December 2016. 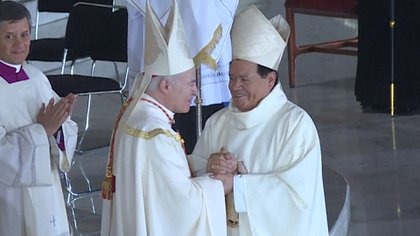 Athié Gallo denounced Rivera Carrera to the PGR for hiding 15 cases of pedophilia from the authorities (Photo: File)

” Here in the archdiocese at least 15 priests have received not only the trial but sentences that fortunately we do not have to give,” Rivera Carrera said then.

However, Athie Gallo was able to confirm that none of the cases was notified to the Federal Public Ministry. In this way, Rivera Carrera violated the National Code of Criminal Procedure (CNPP) and the Law of Religious Associations.

But now the SCJN recognized that it is consistent for society to have access to information from investigations that are linked to serious human rights violations. It was for this reason that it ordered the FGR to carry out the necessary analysis, in accordance with the regulations in force on the matter, to determine whether it was possible to grant access to the investigations. 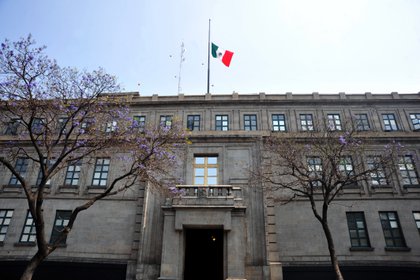 The SCJN recognized that it is consistent for society to have access to investigations that are linked to serious human rights violations (Photo: SCJN / CUARTOSCURO)

“In accordance with the guidelines on the constitutionality of the applicable regulations, the authority must exhaustively analyze, and thus establish and motivate, whether the complainant can have access to the investigation and clarification of the facts,” it determined.

According to the leadership of the Catholic Church in Mexico, 271 priests have been investigated for cases of abuse of minors in the last decade and added to those who have been prosecuted for other offenses, it gives a total of 426 clergymen, reported last Tuesday, January 14, the Conference of the Mexican Episcopate (CEM).

The president of the CEM, Rogelio Cabrera López, explained that of the 426 priests who have been or are being investigated, 173 are in process – 40.6 percent – and another 253 have already been completed. Alfonso Miranda, the secretary-general, was also present at the press conference of the ecclesiastical authorities.

So far, they confirmed, 217 members of the Catholic Church investigated have been expelled from the order (51% of the total), and 155 of the cases have been notified to the corresponding Prosecutor’s Offices in Mexico. However, the CEM does not have a record of the number of victims.

Before we keep going, what happens if you come across a video that’s only available in a language that you don’t speak or understand?

To translate your video from a foreign language:

Norberto Rivera, between opulence and pederasty

Known by many as the cardinal of opulence, he has been archbishop of Mexico since 1985

The Cardinal presented his resignation to Pope Francis, when he turned 75 years to leave the post of Archbishop Primate of Mexico

Born in La Purísima, Durango, the cardinal is known for his luxurious tastes, his friendships with businessmen and politicians , and for his alleged participation in the cover-up of pedophile priests.

The case of Father MacielNorberto heads the list of bishops who covered up pedophiles, the most famous case being that of “Father Maciel”, founder of one of the most powerful Catholic associations in the world: the Legionaries of Christ.

The case was covered by Salvador Guerrero Chiprés in La Jornada (http://www.jornada.unam.mx/2014/06/11/opinion/020a1pol), whom Rivera accused of doing the reports because he received money.

“The archbishop primate of Mexico, Norberto Rivera Carrera, came out in defense of the superior general of the Legionaries of Christ, Marcial Maciel Degollado, and maintained that the accusations of sexual abuse against the leader of that Catholic order that have been presented by several former legionaries are “Totally false ‘” and “inventions,” Guerrero Chiprés said.
“How much did they pay you?” replied the cardinal to the investigation published by the reporter, according to Aristegui Noticias (https://goo.gl/e77e45).

Even in May 2006, Norberto Rivera publicly defended Maciel, when the Vatican forced him to leave the priesthood: “´Everything they say that he was convicted, that he was prevented, etc., is pure story because the document only says that invites him to retire to private life, ‘he told the media, adding that for the Legion:’ Father Maciel will always be its founder and it will always be a source of joy to know that the father is moving forward. ‘

In addition to the past accusations, in 2010 the president in Mexico of the Network of Survivors of Sexual Abuse (SNAP, in English), Joaquín Aquilar Méndez, and Roger Mahoney accused him of protecting the priest Nicolás Aguilar, responsible for the sexual abuse that Mahoney suffered in his childhood.

“The plaintiff affirmed that Cardinal Rivera transferred Aguilar to Los Angeles in 1987, despite the fact that in Mexico there were concrete allegations of sexual abuse against him,” CNN published.

And this year, last Friday, June 2, former priests Alberto Athie and José Barba filed a complaint with the Attorney General’s Office (PGR) about the alleged cover-up of Norberto Rivera to 15 pedophile priests, according to Animal Político (https: //goo.gl/kv1MxV).

“He (Cardinal Norberto Rivera) says that he opened an investigation file, that Rome found elements and that the Pope sentenced. (…) He did not take any action in parallel to notify the Mexican authorities,” Athié said outside the PGR headquarters to the media; and said that the identity, whereabouts and current situation of the victims are currently unknown.
The complaint presented this Friday was also signed by Rafael Hernández, a federal deputy, and by victims of Marcial Maciel.

Business with the figure of the Virgin of Guadalupe

In 1999, the cardinal was accused of doing business with the figure of the Virgin of Guadalupe; he dismissed Guillermo Schulenburg, the then abbot of the Basilica, under the alleged argument that he denied the existence of Juan Diego and the veracity of the Virgin, for which he sold the copyright of the Guadalupe image to Viotrán and the management of the Plaza Mariana in Huixquilucan de Degollado.

The investigation revealed that the cardinal dismissed Alberto Castro, the father who officiated the first wedding of the first lady with her ex-husband, to support the dissolution of the religious marriage and thus allow her union with Peña Nieto, who was in the campaign.

Another of the cardinal’s most controversial acts was the publication of an article on equal marriage in his propaganda organ “From the faith.”

The text stated that the body “is not designed for a homosexual relationship.”
“The woman has a cavity specially prepared for sexual intercourse that is lubricated to facilitate penetration, resists friction, secretes substances that protect the female body from possible infections present in semen,” he explained.

And he pointed out: “On the other hand, the man’s anus is not designed to receive, only to expel. Its membrane is delicate, it tears easily and lacks protection against external agents that could infect it.

The member that penetrates the anus hurts it severely being able to cause bleeding and infections “.

After generating controversy on social networks and in other media, Norberto Rivera had to offer an apology to the homosexual community in Mexico and remove the publication from his portal, according to Univision (http://www.univision.com/noticias/ egalitarian-marriage / Mexican-cardinal-norberto-rivera-apologizes-for-inappropriate-words-towards-gays).

Despite all the accusations against Cardinal Norberto, he remains unpunished for his actions. He presents his resignation to the Pope when he turns 75 years old.